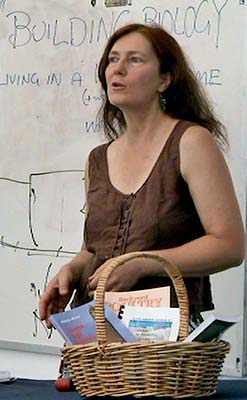 Geomantica principal Alanna Moore is a geomancer, someone who assesses the invisible dimensions of life and land. She is also a keen gardener, writer, poet, singer, teacher and film maker. Originally from Australia, she currently lives in rural Ireland.

Passionate about permaculture garden design for sustainable living since taking introductory studies in 1987, in 1993 Alanna was awarded three Permaculture Diplomas from Bill Mollison’s Permaculture Institute – in Media and Communications, in Implementation and in Teaching.

But her first interest was dowsing the environment’s subtle energies and the bio-effects of exposure to them – the art of geomancy. For over 40 years Alanna has practised as a professional geomancer, assessing people’s homes and properties for energetic problems or suitability etc, by site dowsing. These days she prefers to do Map Dowsing – i.e. remote site surveying (find it HERE).

In 1989 Alanna studied Building Biology, to compliment her intuitive approach. Building Biology originated in Germany in the 1970’s and it advocates site dowsing for geopathic stress ( – detrimental Earth radiation above underground water lines etc), as well as promoting natural building materials and design etc). Scientists these days call Earth radiations and the like aspects of the geobiology of place. 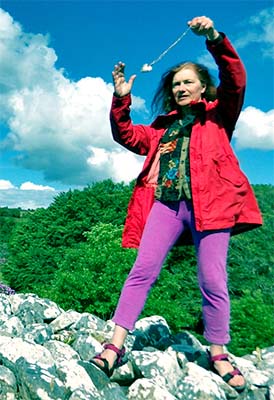 Alanna uses the ancient art of pendulum dowsing (akin to water divining) to discover such geobiology, as well as the geomancy of place. Through years of teaching others ways to develop this art, Alanna has honed easily learned techniques using paramagnetic stone pendulums (find them HERE) to connect into the subtle energy matrix and other-dimensional realms of nature. She specialises in dowsing for other-worldly beings, the nature spirits in particular, with what she calls Deva Dowsing. This self-empowering technique is explained in her 2016 book ‘Plant Spirit Gardener’ (found HERE).

Alanna developed her own geomantic approach to permaculture design, calling it ‘Sensitive Permaculture’. Her book on that subject is found HERE. 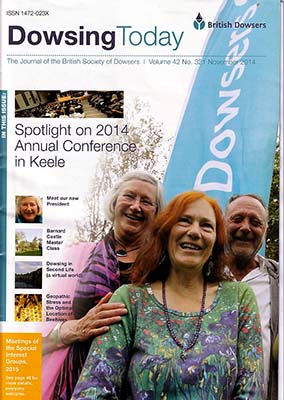 In 1984 Alanna helped to found the New South Wales Dowser’s Society in Sydney, her home town. In 2003, she was a presenter for the International Dowsing Conference held in Manchester UK, for the 70th birthday of the British Society of Dowsers. At that event, featuring presentations that described new work, she introduced the subject of Deva Dowsing to the dowsing community. It was a quantum leap from the usual fare of dowsing for Earth lines, points and shapes. Alanna has since spoken at subsequent BSD conferences and in November 2019 she was a keynote presenter at the N.S.W. society’s first international dowser’s conference, held for their 35th birthday. She was also a presenter at the International Permaculture Conference held in Perth in 1994 and at several Australian permaculture conferences since. 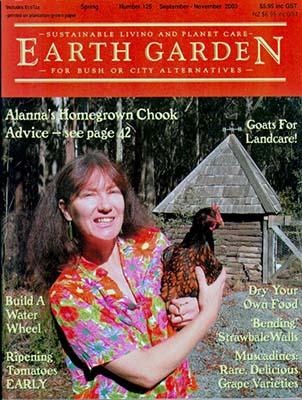 Alanna is well known for promoting Power Towers – energy installations that enhance plant growth and animal vigour, originally inspired by the ancient Round Towers of Ireland. Towers of Power can be described as paramagnetic antennae that act as wave-guides, collecting and focusing beneficial solar and cosmic energies outwards into surrounding soil. The circular/spherical paramagnetic energy field around Towers stimulates biological processes and can enhance the health, vitality and wellbeing of nearby plants and animals. Having made hundreds of Power Towers at workshops around the world since 1994, in 2001 Alanna wrote an acclaimed book about them – Stone Age Farming (found HERE) and also made a film – Making Power Towers (found HERE).

To share her knowledge and skills, Alanna has been teaching across Australia, New Zealand, Asia and Europe since the early 1980’s, in the process gaining a wealth of insights into subtle energies, Earth mysteries, nature spirits, the folklore of traditional interactions with them and the imperative of maintaining harmony with the Other Worlds.

To compliment the workshops and trainings, Alanna has produced a host of geomantically inspired educational material – books, articles for various magazines, contributions to other people’s books (such as ‘Permaculture Pioneers’), documentary films (on DVD and excerpts at the geomanticafilms youtube channel) and also songs (on CD and at Bandcamp). All can be found on the Geomantica website.